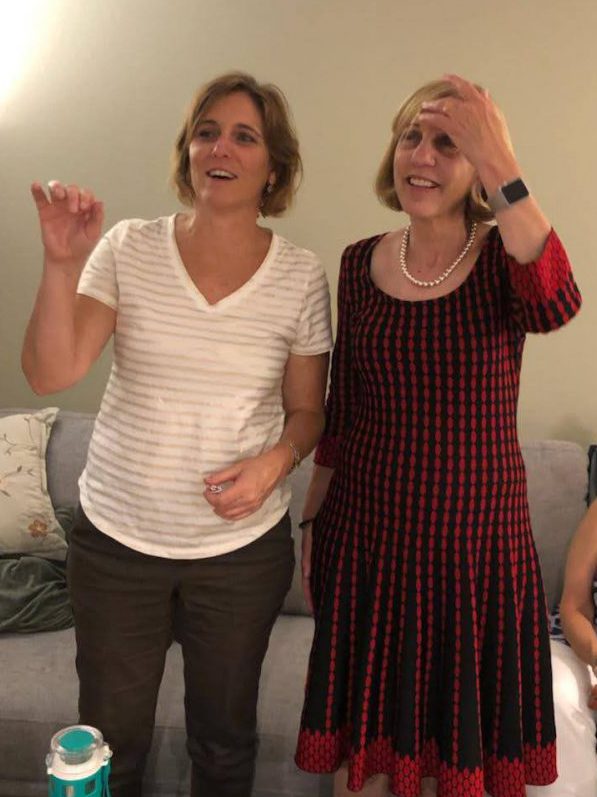 Special visit from San Diego Town Councilwoman Barbara Bry to speak with us about her run for San Diego Mayor in 2020. September 25, 2019

Todd Gloria has spent his career in government job. He is a gifted politician – he is good at not answering a question. Democratic Central Committee supports Todd. He will have access to financial resources.

Barbara answers questions. City Hall has a culture of secrecy.

Example: rape kits were not tested. Money was allocated to process the rape tests but the tests were not completed.

Mayor Faulkner awarded multi-million dollar contract without oversight. A whistleblower told that this had happened.

What is your strategy to overcome Todd’s funding?  When people meet Barbara, they like her. Active on social media – target the voter file. Increase name I.D. Believe her base is women 35+ yo. Will get Republican votes and independent votes. March 3 is primary.  Top 2 get on November ballot.

What if someone wants to volunteer to produce a video for your social media?  Look at Barbarabry.com for produced videos.

How do you feel about taking pictures tonight? I would love it. She will rely on social media.

How are you staffing social media? About $20,000 per month, IVC, Independent Voter Communications.

What are the top 2 issues that San Diego is facing over the next 5 years?  Building trust – we currently don’t enforce the law.  Housing/Homelessness.

What to do about infrastructure? Some streets are paved multiple times. Who is managing the street projects? How do you fix it?  It’s better to be honest about the plan. We do have money for repaving. City Council cannot tell divisions what to do; Mayor at the end of the day has the authority.

As a citizen, how do we look at the complete budget?  It is online. Budget Analysis, her team does a great job of analyzing budget. Her team does a citizen budget academy to teach the public about the budget.

City has 11,000 employees budgeted. Police are understaffed, Barbara has advocated for pay increases, it will take us years to get to the desired level of police officers. About 1900 police at this time, should be at 2200. Paying police and fire a lot of overtime.

Strategic planning that you have in the works, should you be elected that   Tech and biotech will not have workforce that they need. Traffic horrible. Move more good jobs to where people live and close to transportation. I.e. Horton Plaza downtown. Younger people want to live downtown, more construction going on downtown. Put jobs downtown. Tech and Arts Hub –  full STEAM ahead. As mayor, I will have someone in my office to coordinate employer engagement with schools. I.e. high school, the companies will offer internships.

Do you support the clean needle exchange?  Yes, we still do it. The truck has moved and looking for a new location.